The Investment Cycle Of A Tech Start-Up

A challenge at every stage. 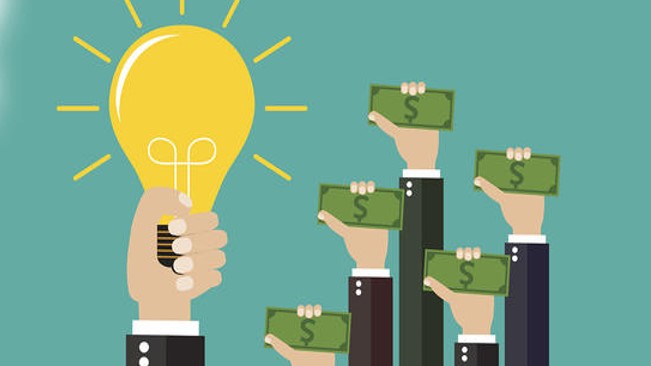 Like a child, a start-up goes through a growth and investment cycle before it eventually matures into a giant like Facebook or Google over a period of 5-15 years.

Different types of investors come in at different stages of a start-up’s life, fuelling it with the network and resources required for it to grow into a successful technology company.

As with most things in the world, start-ups start small.

It often begins with a simple idea, where a couple of friends work tirelessly to come up with a minimum viable product to test out their assumptions.

This stage of the start-up’s life is also known as the “pre-seed” stage, where it is usually nothing more than a fun project. If there is a need for funds to build a minimum viable product, be it to buy raw materials for a hardware start-up or for server hosting fees, they would usually come from their own pockets or trusted family members and friends.

In recent years, however, aspiring start-up founders could also join accelerator programs such as Y-Combinator, TechStars or local ones such as 1337 Ventures where guidance and funding of up to USD 120,000 would be provided if your start-up idea gets accepted into Y-Combinator in Silicon Valley.

Seed funding usually happens when the start-up has already tested their idea with a minimum viable product and is looking to raise funds to further refine their product in an attempt to find product-market-fit, which is the point where it is clear that people would use their product or buy them.

Seed funding usually comes from angel investors (usually successful and high net worth individuals who have started successful ventures of their own) or early-stage venture capital funds such as 500 Start-Ups.

Seed rounds usually start from USD500,000 in Silicon Valley but could be much lower in Southeast Asia depending on the nature of the start-up and the investors involved.

Once the start-up has found product-market-fit and has gained significant traction, the next logical step would be to raise a Series A round to scale the business across different cities or markets.

This is usually viewed as the first true venture capital round where famous venture capital firms like Sequoia Capital (the firm that invested in firms like Apple and Google) would come in. Due diligence and the requirements for raising money at this stage would be much more stringent than the pre-seed and seed rounds as venture capitalists are professional investors who would go through a start-up’s numbers and statistics thoroughly before deciding on whether to invest.

If traction is good and expansion of the start-up goes smoothly, it would then be time to raise subsequent venture capital rounds from B to F or as much as needed to continue scaling the start-up’s business across the world.

In some circles, this stage of a start-up’s life is being referred to as “blitz-scaling”. This is also the stage where US based companies start expanding their service overseas in an attempt to conquer the world. This is also usually where USD100 million to billion dollar rounds take place to propel lucky start-ups into the unicorn category (start-ups valued at more than USD1 billion).

When it starts to become clear that the start-up has established a position of dominance in the market that they are in and has a high chance of sustaining its position, private equity firms would swoop in for a piece of the pie to provide a last push for the start-up before it goes public.

By this stage, the start-up would already be in a mature stage and would be preparing itself for an initial public offering. A private equity round often acts as a transition round for the start-up to transition from a private company to a public listed company, or to delay the start-up’s need to do so until it is ready.

Finally, when the company is mature enough and is no longer a start-up, an initial public offering usually happens. That is when early stage investors, founders, and early-employees can cash out their stock by selling them on the public market after the lock-down period ends.

At this point, the company should already be in a sufficiently strong and mature stage where institutional investors like sovereign funds or hedge funds feel comfortable enough to come in as long term investors.

Alternatively, a start-up might also decide to sell-out and get acquired by a larger company much earlier in its life-cycle to enjoy a quick financial return.