What Is An Economic Cycle & How Can You Profit From It?

The most important cycle when investing. 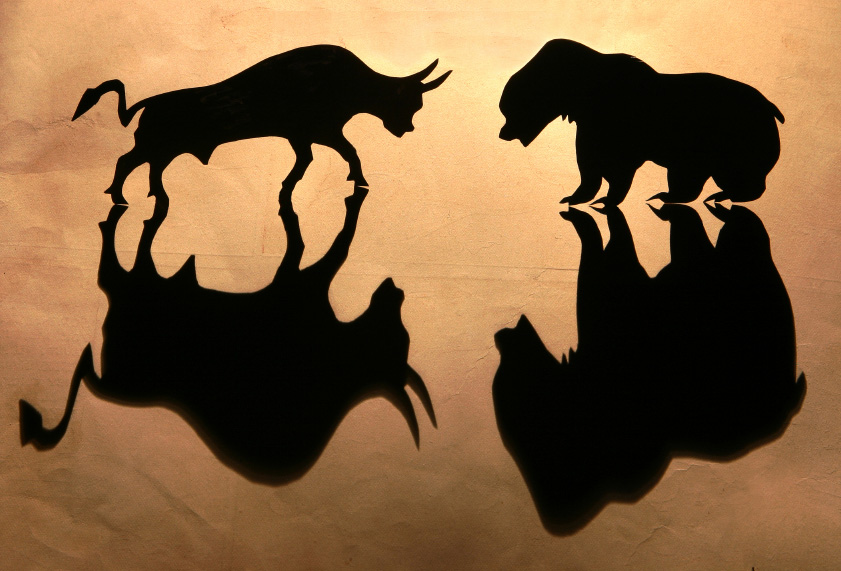 Have you ever wondered why recessions happen? Why stock markets go up for a period of time, and then almost always come crashing down?

The process where the market goes up, stagnates and then comes crashing down is all part of this the economic cycle.

This cycle repeats itself. In fact, it has been repeating since the first stock exchange was ever established. This happens because the value of stocks in the stock market is all based on investor confidence.

All the companies on the stock exchange are not worth what their stock prices say they are worth at any point of time. They all trade at multiples of their book value, or price to earnings ratio, which may vary from industry to industry.

If you were to ask any public listed company to cough up the equivalent to their total market capitalisation in cash, they would not be able to do it, simply because they are not really worth that much. Investors give them an inflated value based on the confidence that their businesses will continue to do well over time.

Hence, when almost the entire market is overvalued by ridiculous multiples, all it takes is a trigger event such as a big company to default on their obligations to cause investors to lose their confidence in the state of the economy. This starts a chain of panic selling (taking capital out of the stock market to be placed in safer instruments) that drives the price of stocks down, in turn, crashing the entire market.

Such triggers can also come in the form of a war (1993 first Gulf War) or a terrorist attack (2001 New York Twin Towers).

When that happens and panic ensues, stock prices will come tumbling down until they reach a price that is close to the companies’ real book value. For those who have over leveraged and cannot repay their debts, they would go bust, or in the case when they are too big to fail, require a bailout from the government.

Once the dust has settled and cleared, the survivors would start going about their daily lives and businesses will start returning to normal.

That is when investors realise that they overreacted and the situation is not as bad as it seemed. Slowly but surely, they would start pouring their cash and capital back into the stock market, driving stock prices up and sending the entire market in an upward trajectory.

This is known as the boom period, where a lot of money stands to be made.

Read Also: What Is The Best Way To Spend Your Bonuses?

After years of boom and the market soaring to dizzying heights, there will come a point where valuations of companies become too lofty that it becomes hard for any logical person to comprehend and justify. That is when market forces tend to correct itself and keep valuations within a certain resistance level.

This is the period where the market fluctuates by a margin of 10-20% without ever losing or gaining much in value. During stagnation, the entire market is actually already overvalued, and is just waiting for a trigger to burst investors’ confidence.

Once investor confidence is lost, the chain of panic selling begins, and the entire process of the economic cycle repeats itself.

How Long Does One Cycle Last?

During Warren Buffet’s days back in the 60s, an economic cycle typically took up to 20 years to go through the various phases of boom, stagnation and bust. However, in recent years, due to the advent of computer technology, trading algorithms and the easy availability of capital, economic cycles are getting shorter and shorter, with an average cycle lasting anywhere from 7-9 years.

If you look back at historical charts, the trend is very clear.

The cycle repeats itself, again and again.

As savvy and financially literate investors, we should learn how to ride the boom period from the lowest point of the recession to the highest point when it reaches stagnation, at which point we should exit before it crashes.

In a typical economic boom period, a fundamentally sound stock can gain in value by more than 4 times. While it is almost impossible to time your investment such that you will capitalise on the full cycle, we can at least try our best to do so and ride on part of the boom cycle.

During a recession, when everyone is fearful, is when demand for stocks is low and many stocks are undervalued. If you have cash at this point of time and are financially literate enough to identify fundamentally sounds stocks, you will be able to capitalise on the situation and buy valuable stocks at a significantly discounted price, which is set to rise when the market eventually recovers.

Knowing When To Take A “Cash Position”

The ultimate trick in capitalising on an economic cycle, however, lies in knowing when to exit the market. This is because most people would lose everything they have gained from the boom period when the stock market crashes due to their greed of wanting more, which results in them holding the stocks for much longer than they should have.

When the market hits the stagnation phase of an economic cycle, most savvy investors would revert to what is known as a “cash position” where they will exit all their investments in return for cash so that they could capitalise on the situation when recession hits.

Since almost everything will be undervalued in a recession, you will feel like you are having a field day at a fire sale if you happen to have cash to spare during a recession.

Now that you know what is an economic cycle and how you can potentially profit from it. Let’s hope that you will be on the right side of the cash position when the next recession hits.

Read Also: An Insight To How The Economy Affects Malaysians

How Should Age Affect Your Investment Portfolio And Strategy?
Why Most Rich People Don’t Have Much Cash In Their Bank Accounts