Money Laundering: Here’s What All M’sians Need To Know

Are you part of the money laundering process? 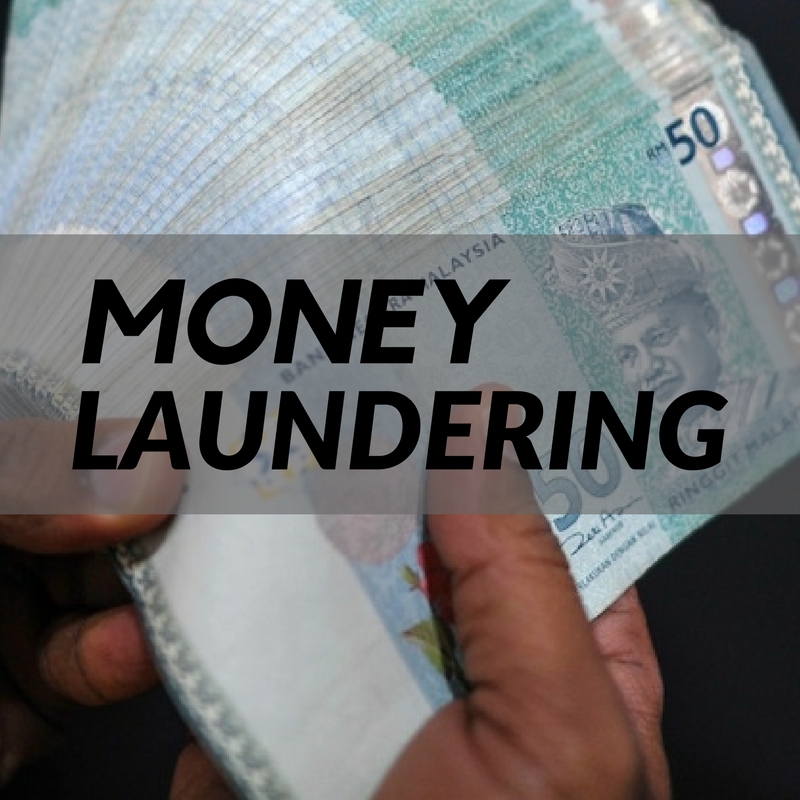 Recently, incidents such as the “Panama Papers” leaks have sparked plenty of news about government officials and celebrities getting into trouble because of dodgy financial transactions.

Inevitably, many discussions have parked from such incidents. These debates circle around the topic of money laundering, how it’s done and who’s doing it.

Why Do People Launder Money?

For those unfamiliar with the term “money laundering”, it is the process of “white-washing” money, so money from illegal sources can be turned into “legitimate” money that can be spent freely.

People launder money because it is not possible to spend huge amounts of money on purchasing goods or assets without raising an alarm if the source of the money is not clear.

Massive amounts of cash that has been obtained through illegal means such as human trafficking, illegal gambling, corruption, drug trade and even tax evasion need to be “white-washed” or “legitimised” before it can be spent on assets and investments.

To do so, the illegally obtained money is usually put through an intricate chain of seemingly legal transactions in an attempt to make the source of the money untraceable.

The money will then (usually) be held by an offshore company so their identities will remain anonymous and their money is out of the legal jurisdiction of their home countries. Controlled by those involved, the money launderers could then buy assets and luxury goods for their own consumption.

#1 Set Up Sham Businesses (That Preferably Transact In Cash)

The purpose of such businesses is to serve as a seemingly legitimate “front” for the money to be registered as business profit.

These businesses also tend to be businesses that deal directly with cash such as restaurants, bars, retail outlets and distribution centres for cheaper goods. The rationale behind that is to make it harder for authorities to trace the source of the money since cash isn’t easy to trace.

Read Also: What Can Banks Do If You Don’t Pay Up?

In order to funnel significant amounts of money through the “money laundering system”, revenue figures for the sham business are often artificially inflated to “white-wash” as much money so they can be registered as business revenue and profit as possible.

To support the illusion that the money generated by these businesses do indeed come from legitimate business dealings, accounts would be properly done and taxes would also be paid on the profits generated by such businesses.

Once that is done, the post-tax profits from these sham companies can be paid as dividends to shareholders as “clean” money that has been legitimately earned through legal business activities.

#5 Hide Behind The Corporate Veil Or Offshore Companies

To further conceal the identity of those involved, shareholders of these sham companies would usually be another shell company (just a front) registered offshore, usually in a jurisdiction that protects the privacy of the shareholders of such companies (such as the Cayman Islands).

Read Also: Can You Bankrupt A Friend Who Owes You Money?

With that in place, those behind such elaborate money-laundering exercises can then spend their illegally obtained wealth through their offshore companies which they control and are now loaded with “clean” money.

Money Laundering is a serious criminal offence. If caught, all the money involved (as much as the authorities can recover and trace) would be frozen and returned to the people it was stolen from (if any). Those involved would face criminal charges in their respective jurisdictions, assuming fair legal processes are in place.

Read Also: What Can You Do For Malaysia With RM 2.6 billion?

7 Ways Malaysians Can Become A Billionaire
Public Listed Companies: How M’sian Investors Determine The True Value Of A Company