Can You Bankrupt A Friend Who Owes You Money?

Friendship is important, but that does not mean money is not. 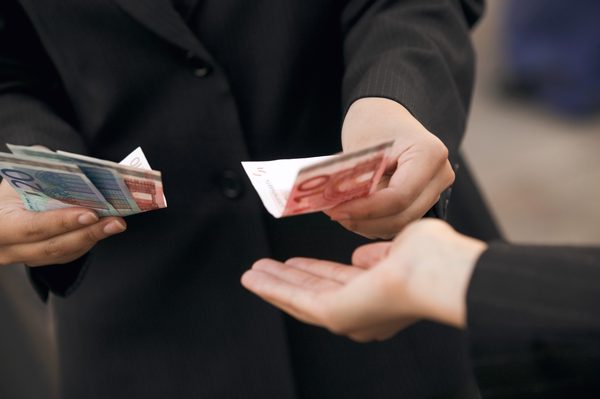 Being kind hearted and caring friends, most of us would probably have lent some money to a friend in need before.

Have You Had Friends Who Refused To Pay Up?

We would probably have come across friends who refused to return the money they owe despite repeated reminders. Some of them might owe us money for years and seem like they have no intention of repaying their debt at all.

In such situations, we sometimes wonder whether it is possible to sue them for our money and make them a bankrupt if necessary.

Read Also: Why Rich People Don’t Have Much Cash In Their Bank Accounts

Does Your Agreement Amount To A Valid Contract?

We have to examine whether the agreement we have with our friend to lend them money with the expectations of having it paid back amounts to a valid contract.

By law, the basic elements that make up a valid contract are:

While in any situation where our friend owes us money, there would definitely be an offer and acceptance where we offer to lend them money or us accepting their request to borrow money from us. We also take into consideration the form of money lent or borrowed, and if we are all adults of a sane mind, with a legal capacity to enter into contracts.

The problem lies in the requirement to have intentions to create legal relations. Under common law, agreements between friends are considered to be social arrangements and have the rebuttable presumption to have no intentions to create legal relations. Agreements made between friends are presumed to be casual agreements that are not meant to be enforceable in courts.

In that case, we wouldn’t even be able to sue our friends if they refuse to pay us back our money. Our money is as good as gone. We will just have to accept the fact that we’ve trusted the wrong person.

However, we could rebut the presumption that we do not intend to create legal relations and intend to take our friends to court if they do not repay us our money by having a formal written contract that explicitly states so.

In other words, having a written and valid contract where both parties have signed on, explicitly stating that it would be enforceable in the court of law.

In that case, we might stand a chance to take our friends to court if they refuse to pay up if all the other requirements are satisfied.

When Can You Bankrupt A Person?

However, even if we were smart enough to have a formal contract written and signed before we lend our friends money, we might not be able to commence bankruptcy proceedings against them if they don’t pay up.

That is because in Malaysia, we can only commence bankruptcy proceedings against someone if they owe us more than RM30,000 and have been in default for more than 6 months.

So, if we only lent our friends a couple of thousand ringgit or anything less than RM30,000, tough luck.

What Happens After Bankrupting Someone?

Even if we do manage to make our friends bankrupt, we might still not be able to get our money back. In fact, we might even lose even more money by paying our lawyers to commence proceedings against them.

That is because making someone a bankrupt would only force the person to submit all their assets and property to the DGI, or Director General of Insolvency so they can be liquidated and repaid to their creditors (i.e us).

But that is only the case if our friends have any assets or cash with them. If our friends have passed away or are broke, we would not be able to recover anything (and we would still have to pay our lawyers for starting the action).

Why Some People Prefer To Stay Bankrupt

That is why, some conmen who con people of millions of ringgit and park them with their proxies (either spouse or relatives) rather stay bankrupt while surviving off the money they have stolen that is being parked with their proxies.

So What Should You Do?

However, for most of us who just want our money back, it wouldn’t make any sense to make your friend bankrupt.

Even if we made them a bankrupt, we still might not recover the money and might even have to incur more losses in the form of legal costs.

With that in mind, we should make a mental note to only lend our friends money that we can afford to lose (if in the unfortunate scenario it happens) the next time our friends come to us to borrow money.

Read Also: What Happens To Your Money If You Died Without A Will In Malaysia

How You Can Save Money By Buying & Selling Used Items
Can A Billionaire Write A 1 Billion Dollar Cheque?