Cashless payments to be a national agenda in 2018. 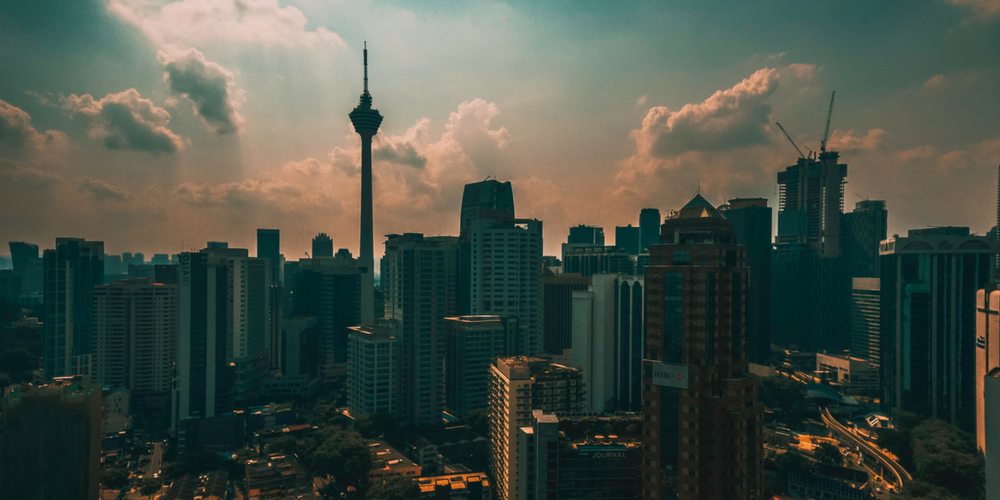 The performance of the Malaysian economy in both macro and micro levels, particularly in 2018, should be of a great concern to all Malaysians as it has the potential to impact everyone for a very long time.

From the recent announcement that 50,000 Malaysians are expected to be laid off in 2018, to the potential impact of an increasing inflation in our daily expenditures, all of this are the after effects of how the Malaysian economy has performed in previous years.

While Malaysia has built a reputation as a politically stable country, there is no doubt that the upcoming 14th General Election will cause substantial ripples in the Malaysian economy prior to and following the general election, as our Prime Minister Dato’ Seri Najib cited that the upcoming GE14 is going to be the “mother of all elections”.

With those in mind, we have gathered 6 forecasts from experts and noteworthy individuals in the financial sector into the potential forthcoming of the Malaysian economy for you to take on 2018 in a better standing.

Following the positive performance of our national Gross Domestic Product (GDP) index (between 5.6% to 6.2%)* in 2017, the International Monetary Fund (IMF) anticipates the Malaysian economy to grow at a comparatively modest pace of between 5% and 5.5% in 2018.

(*Q4 GDP index has not been published)

Additionally, IMF also anticipates the ‘headline inflation rate’ to reduce at a steady pace to the tune of 3% to 3.5%.

IMF emphasised that the strong global demand for electronics could sustain beyond expectations, with Malaysia’s economy benefitting as ‘semiconductors’ is one of Malaysia’s main export item.

However, the risk of policy uncertainties gravitating around GE14 is definitely something to lookout for as that has the potential to cause disruption in the macroeconomic context.

“Striking the right balance in policies will be key.” – IMF

Read also: How Does The Strength of the Ringgit Affect Our Daily Lives as Malaysians

#2 – Ringgit is expected to strengthen against USD

Following the performance of our GDP is the strengthening of the Ringgit against the US Dollars. At the date of posting, the Malaysian Ringgit is trading RM4.00 against 1USD.

The factors for this, explained Nazri, are due to robust economic growth, upwards foreign fund inflows and strong equity market performance. Additionally, the Malaysia Federal Reserves’ upwards trend brings positive news for our Ringgit in the foreign exchange.

Echoing his remarks is UOB Kay Hian Global Economics and Market Research Senior Economist, Julia Goh. She iterated that the MYR are expected to strengthen following the GE14, unlike previous instances where the MYR grew weaker coming off the 2 latest general elections.

Read also: 7 Key Factors That Influences The Value of Our Ringgit

#3 – Cryptocurrency will come under the anti-money laundering law

Following the worldwide Bitcoin frenzy in 2017, nearly all finance regulatory bodies have released official statements in respect to their respective country’s stance on cyrptocurrencies.

From the highly optimistic view of Bank of England’s Governor Mark Carney stating cryptocurrencies as a ‘revolution’ in finance, to the receptive intent of Bank of Japan’s Governor’s to deepen study in Bitcoins, all the way to Bank of India’s strong opposition of cryptocurrencies citing its potential usage to channel money laundering and terrorist financing, The Star reported.

Malaysia’s official stance from Bank Negara’s Governor Tan Sri Muhammad Ibrahim is to classify converting cryptocurrencies under the anti-money laundering law. He later added that the decision was “to prevent the abuse of the system for criminal and unlawful activities and ensuring the stability and integrity of the financial system,”.

Bank Negara has also been actively seeking response and feedback from the public through the public draft on cryptocurrencies released last December. More information can be found on our previous article here.

#4 – Cashless payments to be a national agenda

On a related note, Bank Negara has announced that Malaysia will move towards a cashless society in 2018.

Beginning 1st July, the Instant Transfer fee of 50 cent will be waived for transactions made by individuals and small medium enterprises (SMEs) up to RM5,000.

“The soaring digital economy will need an e-payment method which is a critical component that could increase productivity and be more cost-efficient,” he said at the Payment System Forum and Exhibition which was organised at Sasana Kijang, Bank Negara Malaysia.

In addition to the waiver, Bank Negara has also introduced Interoperable Credit Transfer Framework (ICTF) which will allow a payer to instruct his institution to transfer funds to a beneficiary using QR codes.

“For the first time in our history, customers of banks and non-banks will soon be able to transfer funds across the network by just referring to the mobile phone number, identification number or QR code,” said Tan Sri Muhammad Ibrahim.

Analysts at the AmInvestment Bank Bhd (AmInvestment) are concerned that the current public healthcare system in Malaysia will become unsustainable over the long term.

In the effort to provide Malaysians with more healthcare options, the government is expected going to introduce a voluntary health insurance scheme in the middle of 2018. The scheme will be operated by a non-profit organisation (NGO) under the purview of the Ministry for Health.

The details of the scheme have not yet been released (i.e.: eligibility, cost, coverage, and etc).

However, it is certainly a positive direction by MoH, complimenting the Department of Statistics latest revision on the age expectancy of Malaysians of 74.8 years old.

The scheme also bodes well for private healthcare providers as the possibility of increase in revenues and profits is on the cards.

According to the Head of Research at Inter-Pacific Securities, Pong Teng Siew, a property market crash is ‘unlikely’ in 2018.

Accoding to Pong, the signs of a property crash include high interest cost and recession or cyclical business downturn to happen, which he believes are not imminent in the near future.

Experts are also saying that banks have already prepared for the oversupply of properties, which rose to staggering 130,690 units in first half of 2017.

Most banks have exercised prudence in lending and adopted measures to normalise the effect of non-performing loans (NPL) oversupply which was reported to be worth RM35.5 billion.

Pong also predicts an interest rate hike in the next Bank Negara’s monetary policy committee meeting, but not to the level of an industry collapse.

Read also: 11 Things To Look Out For When Buying A Property

2018 could very well end up being historically remembered as the year Malaysian political landscape changed forever.

Nevertheless, Malaysians should always be prepared for any possibilities regardless of any outcomes in the general election.

There are certainly favourable vibes going into 2018 with the strengthening ringgit to a nationwide agenda of latest technologies to the forecasted strong GDP readings amidst all the general election frenzy.

2018 certainly beckons to be a year Malaysians will never forget.