Now you can start your next Bitcoin chat with “did you know”. 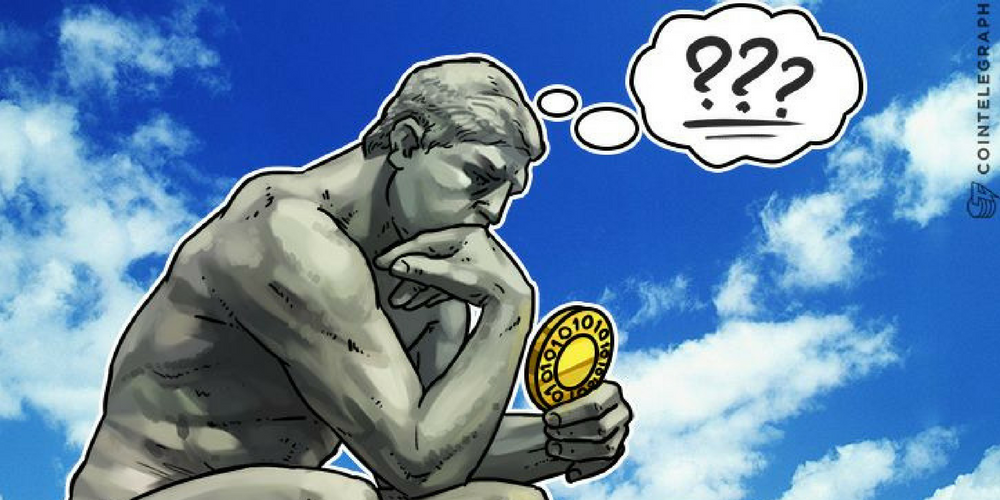 Is it this century’s next big thing after the internet? Or is it simply another investment fad waiting to burst? Or maybe even both?

There are some pretty influential people at both camps going for and against cryptocurrency and what its future may bring.

Whether you have already purchased your own cryptocoins, or like the majority of the human population, have no idea what the hype is all about, here are 5 facts about cryptocurrency that you can share with your friends during your next mamak session so that you don’t appear too clueless.

Fact #1 – “The reason why Bitcoin is so expensive right now is because of people are buying it constantly.”

The very mechanism that is driving the values of these cryptocurrencies is the fundamental economics concept called ‘‘supply and demand”.

“So, that means the demand must be like, crazy for Bitcoins right now, because last night I checked 1 Bitcoin is worth around RM65k (or $16k). That’s like, 2000kg of Durians…”

Yes, that is true. That is precisely the reason why Bitcoin has reached the godly value of RM65k per coin last night (at the date of writing). To put that into eerie perspective, if you had purchased 1 Bitcoin on the 1st of January this year at around RM4k/coin, you would be able to make a return of around RM60k today (excluding other fees). 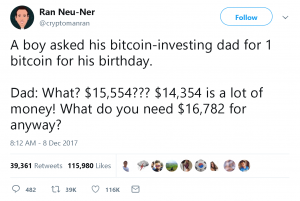 The prime reason why Bitcoin’s value is growing aggressively is simply because the demand for Bitcoin is comparatively much, much higher than the quantity of Bitcoins out there (demand over supply).

Actually, there are 1324 other cryptocurrencies out there (at the point of writing). Although a majority of it are dysfunctional, but there are some notable ones like Ethereum, Litecoin, Bytecoin, Zcash, Ripple, Monero, etc that are gaining serious traction. To be honest, even you can create your own cryptocurrency and make that number 1325.

Do you know there was even a cryptocurrency called Coinye. 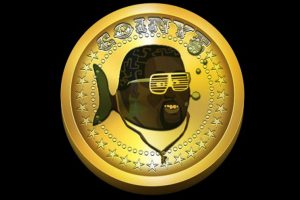 But they’re no longer in operations though, which is quite clear as to why…

Fact #3 – “Do you guys know that nobody has actually ever met the person who invented Bitcoin?”

Yes, that is true. Satoshi Nakamoto is the name that is responsible as the founder, creator, and father of cryptocurrency in general and Bitcoin specifically.

But actually, nobody in the world knows if Satoshi Nakamoto is a male or a female, or a group of people, or even a human being! Satoshi Nakamoto is not really the name of a person, rather it’s a pseudonym created to hide the real creator/s of Bitcoin.

There are a number of identities that has been rumoured to be Satoshi Nakamoto which you can read further here (it’s quite funny, the stories).

But you must be wondering, right, why does Satoshi Nakamoto want to hide his/her/their own identities?

Well, nobody actually knows why exactly, but this next fact might have something to do with it.

Fact #4 – “Satoshi Nakamoto actually has 1 million Bitcoins next to their name.”

Yes, you read that right. The founder of Bitcoin actually has 1 million Bitcoins, which in today’s value would be around $1.6 billion (or roughly RM6 billion).

So, when you know you are the person(s) who singlehandedly created a system that could potentially topple major financial institutions and revolutionise how the world deals with their money (oh, and having 1 million Bitcoin next to your name), you probably don’t want to be known either… you know, because you don’t want to… die.

Another genius masterstroke by our friend(s) Satoshi Nakamoto. The exact computation as to why specifically 21 million is a bit of throwback to high school mathematics, but in case you don’t feel like revising, just trust the Bitcoin experts on this.

The reasoning behind this is largely to keep the value and scarcity of Bitcoin at an all-time high, but the Bitcoin experts are also theorising that the 21 million limit can and probably will be adjusted later on when it’s fully capped.

And there are also other experts that theorised the reason why Satoshi Nakamoto kept 1 million Bitcoin is to populate the Bitcoin market with more coins later on when the limit has capped.

But who knows? Nobody can forecast what’s going to happen with Bitcoin and other cryptocurrencies.

Until it actually happens, only time will show us what the future of Bitcoin and cryptocurrency beckons.

Nobody can even be certain on the current value of Bitcoin anyway. I heard it’s $17,488 now.