How Big Is Malaysia’s GDP Compared To The Rest Of The World?

How rich are we? 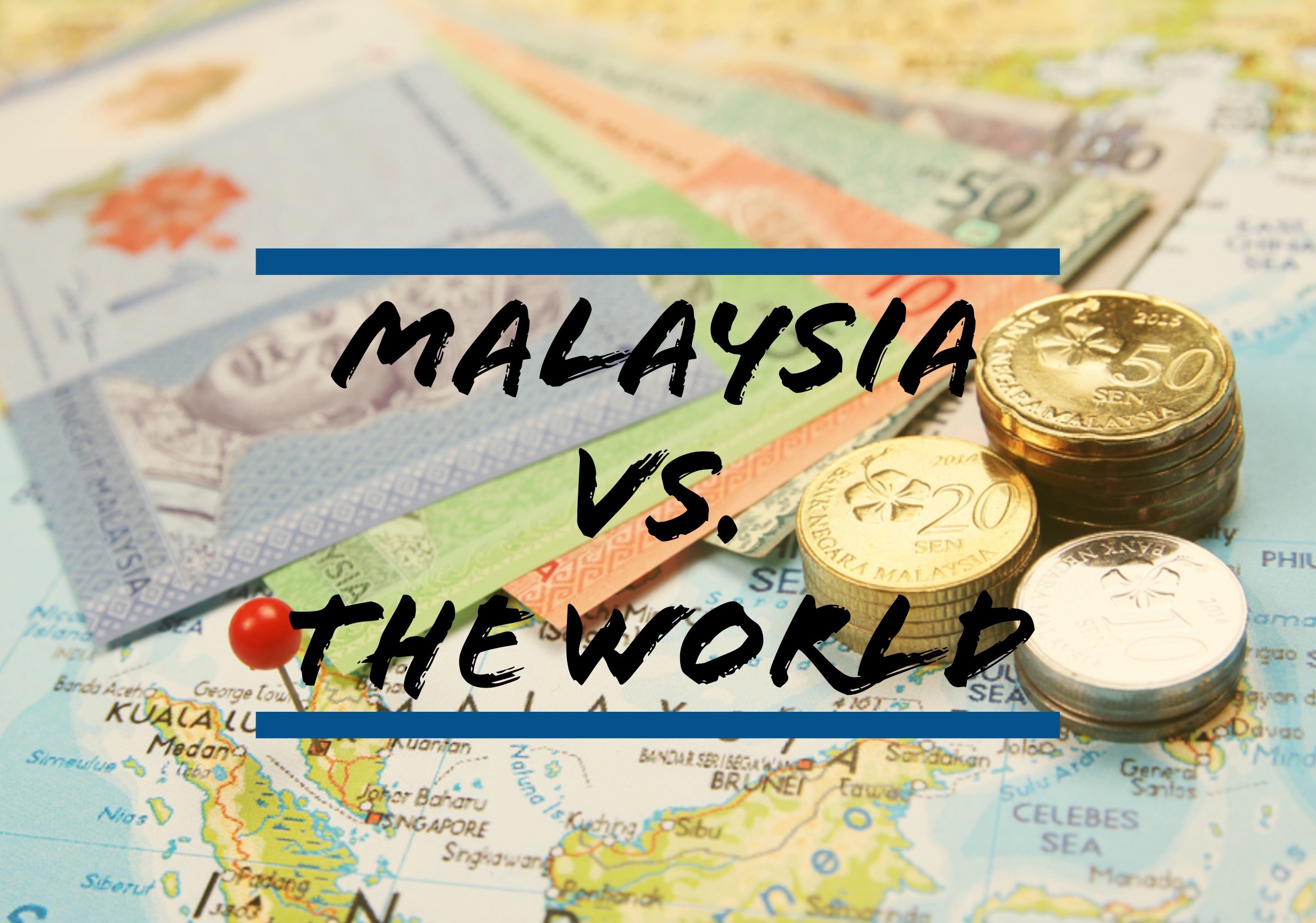 A country’s GDP, or Gross Domestic Product, is one of the primary indicators used to gauge the health of a country’s economy. It represents the total dollar value of all goods and services produced by a country’s economy over a specific time period.

It is also used to measure the size of a country’s economy.

In a way, it is also an indication of how rich a country is as a whole. Have you ever wondered just how rich or how big our Malaysian economy really is?

When Compared With Singapore

From the looks of it, our Malaysian economy is slightly bigger than Singapore’s.

However, it is important to note that Malaysia is a much bigger country than Singapore. Our population is almost 6 times bigger than Singapore’s (29.72 million vs 5.399 million). We also have a land mass that is many times bigger. Malaysia has a land area of 127,724 square miles while Singapore only has a land area of 277.6 square miles (that’s just about twice the size of Penang island).

With these figures in mind, Singapore is actually producing much more with the lesser human and natural resources that they have, and we should give Singapore credit for that accomplishment.

When Compared With Taiwan

A better economy to compare Malaysia’s to would be Taiwan’s.

This is because Taiwan has a similar population size to Malaysia with 23.48 million according to data from Oct 2015 as compared to Malaysia’s 29.72 million (2013).

In that sense, we could probably still do much more to grow our economy further given our population size and resources.

When Compared With The State Of California

It is mind-boggling and to be honest, somewhat intimidating and humbling to find that a single state in the United States can have a GDP that is so much larger than our entire country, almost 8 times larger to be exact.

The state of California also happens to be home to Silicon Valley, the place with the highest concentration of valuable technology companies such as Apple, Facebook and Google.

With that in mind, perhaps the best way to grow our economy and GDP is by growing our Malaysian tech start-up scene in hopes that a couple of them would turn out to be the next Google or Facebook.

When Compared With Top US Companies

Speaking of valuable companies, you might be surprised to find that some of the largest US companies actually have annual revenues that could compete with the annual GDP’s of many smaller countries.

When Compared With The World

The above is a list of the world’s largest economies by nominal GDP according to data from the International Monetary Fund (IMF) in 2015.

Read Also: How Big Are Malaysian Banks Compared To Banks In The World?

So, Where Do We Stand In Terms Of GDP?

Hence, while we are not doing too badly for a small to medium sized country, Malaysia still has plenty of room to grow our economy.

Perhaps the answer lies in our very own technology start-up scene.

Read Also: How The Strength Of The Ringgit Affects Our Daily Lives As Malaysians

Malaysia vs Singapore : Which Country Has A Better Standard Of Living?
How Do Online Transactions Work?