Although we strive to not go to ‘Cliche Land’, but unlearned history is a repeating history. 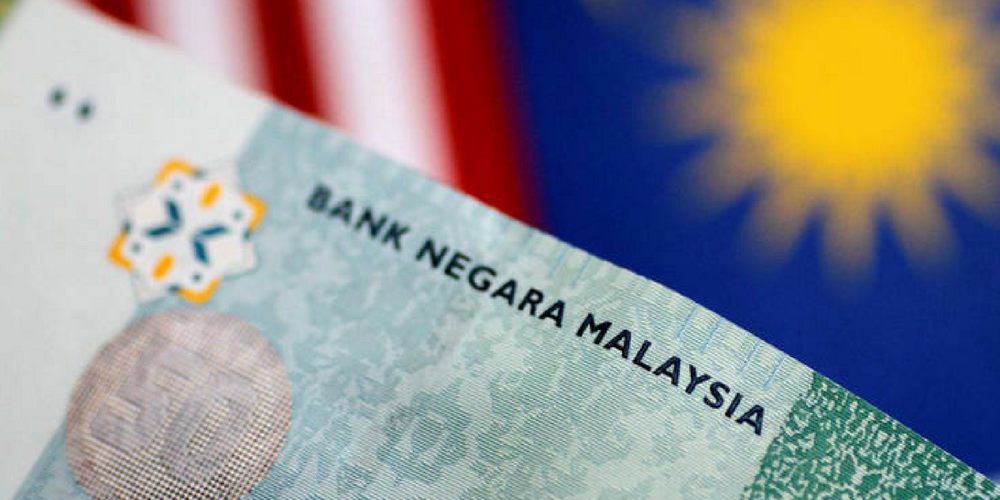 As we anticipate the coming of 2018 in style with our brand-new smartphones and handbags bought on either 11.11 or 12.12 or anytime during the year, it is always pleasant to have a sip of your favourite coffee in your favourite cafe and look back at what’s good, what’s not-so-good, and what are the ugly happenings of 2017.

So sit back, relax, and enjoy our 7 of our 2017 financial highlights specially catered for your reflective pleasures.

While more celebrities are coming out and voicing their opinions on the ‘worrying’ state of Malaysian economics and welfare, it should definitely be noted that Bank Negara Malaysia has projected Malaysia to achieve our official 2017 Gross Domestic Product Index (GDP) target of 5.2% – 5.7% for year 2017, as previous quarters’ performances have been good (5.6%, 5.8% and 6.2% in Q1, Q2 and Q3 respectively).

In a nutshell, GDP essentially is the combined value of all products and services (i.e.: the entire economy) that Malaysia has produced within a particular period (typically one calendar year), and compared with previous GDP figures (typically the previous year), expressed in USD.

An increase/growth in GDP means that an economy is, theoretically, growing. The opposite is called a recession. Thus, a positively growing economy should bring positive news as it means companies in Malaysia are producing more outputs which in return means more job opportunities which will in turn reduce unemployment rates (one of the many positives of a growing GDP).

According to Wikipedia, an A3 rating means that “an obligor has STRONG capacity to meet its financial commitments but is somewhat more susceptible to the adverse effects of changes in circumstances and economic conditions than obligors in higher-rated categories”.

Moody’s A3 ratings can be likened to that of Malaysia’s Central Credit Reference Information System (CCRIS) or CTOS (after intensive Googling, we’ve come to realise that CTOS is actually not an acronym) credit ratings/scores, where they provide a rating for the level of ‘creditworthiness’ of an individual for the use of potential lenders or investors.

Unless you’re the C levels of a Multi-National Company (MNC) and equivalent that are investing in government and corporate issued bonds, these international credit ratings won’t really have any direct impact to you personally. At least not directly.

However, it’s always good to know your country is being favourably rated by an internationally respected body,

(Disclaimer: the usage of ‘not-so-good’ is relative . The following points can and will be interpreted subjectively and based on every individuals’ understanding.)

After a record-high 5.1% inflation rate reported for March this year, Malaysian inflation rate has substantially descended to 3.7% in the latest reading for October 2017, which experts are forecasting to go even further down for the remaining of 2017 and into the forecasted 2018 rates of between 2.5% – 3.5%.

Inflation, another key economic concept, is the sustained increase in the general price level of goods and services in an economy over a period of time.

Another way of looking at it is that, if last year with RM20 you can buy 10 loaves of bread at retail price, and today you can only buy 5, then that is classified as inflation because your RM20 has lost its purchasing value in a year’s period.

If a growing inflation rate means lesser purchasing power for Malaysians, then a reducing rate of inflation can only mean good news, right?

Well technically, yes. But we’ll let you decide if this is good news or bad.

The Future of Cryptocurrency For all you tech-savvy people out there, here’s one to definitely look out for.

Bank Negara Malaysia (BNM) has declared that they will decide on the legality of investment in cryptocurrency by 31st December, and a guideline to go with it if the decision is favourable.

(Editor’s note : if you have 0 idea what cryptocurrency and Bitcoin is all about, read our piece on the 5 most basic thing you should know right now to not be left behind)

Unless you’ve already invested your life savings in Bitcoins, Ethereum or other cryptocurrencies out there, chances are, you won’t really care what happens. But for those that have forked out hard earned Ringgits to buy cryptocoins, then you might want to be on the lookout from now until 31st December for BNM’s decision on potential regulations and controls.

UPDATE 14/12/17 : BNM has released a draft exposure on the potential regulations for digital currencies, and as it stands, they are now inviting “written feedback on the specific requirements set out in the exposure draft.”

Additional information can be found on BNM’s website right here. 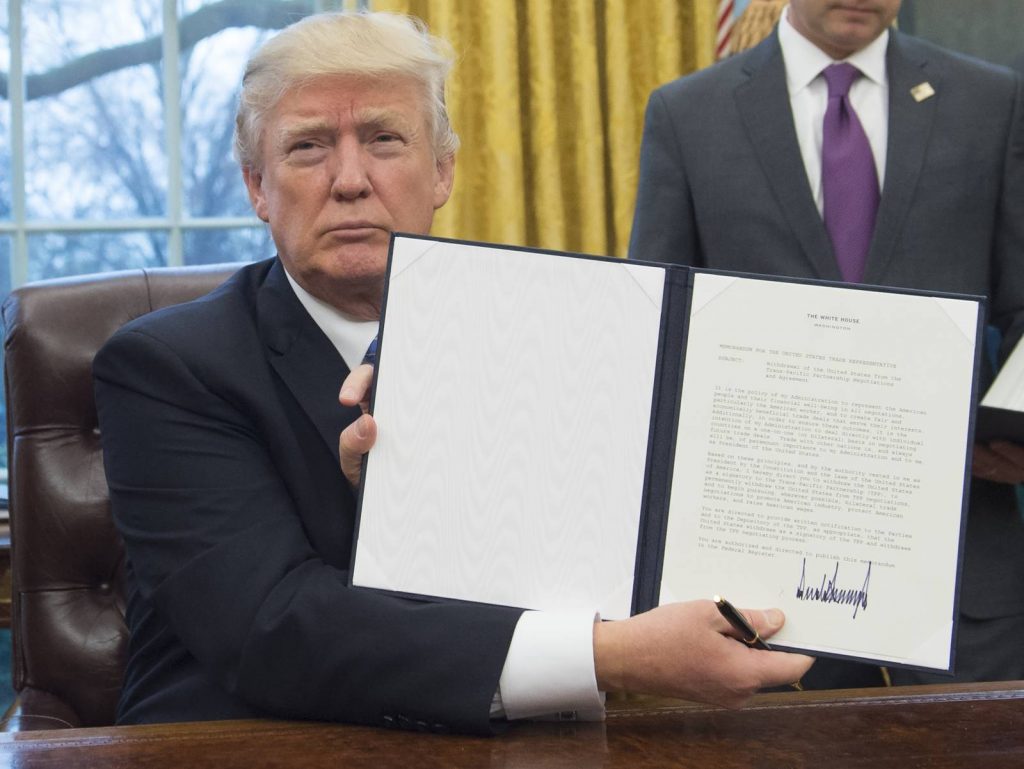 There was once a moment not too long ago, many Malaysians were very well versed in blurting out these 4 letters: TPPA. Some blurting out positive remarks alongside it, but the majority, not so positive.

The Trans-Pacific Partnership Agreement (TPPA), once hailed to be the next flagship of our Prime Minister’s Dato’ Seri Najib Tun Abdul Razak’s exceptional terms in office, quickly disintegrated into an exceptional mess after the withdrawal of the USA from the TPPA during President Donald Trump’s very first day in office.

The TPPA then rebranded as The Comprehensive and Progressive Trans-Pacific Agreement (CPTPP), with the remaining 11-member countries wanting to pursue efforts, was supposed to be the “spark that will light the fire that will burn the first order down of a new age of progressive international trade”, but on the 10th of November when the TP-11 Leaders Meeting was supposed to be held in Vietnam, Canada’s Prime Minister Justin Trudeau decided to not turn up for that meeting at the eleventh hour, of which was reported that many of other countries’ premiers, including our PM Najib, waited for nearly hour for his arrival.

But even after all that, Dato’ Seri Najib Razak has proclaimed that he still believes CPTPP is still alive. I guess we’ll just have to see how this pans out.

Where did it all go wrong? (or dekat mana salahnya in Bahasa Malaysia).

It’s definitely traumatising to see anybody having to file for insolvency in your life, but more so when its reported that nearly 60% of insolvency cases from 2013 until August 2017 (94,408 reported cases) involved Malaysians aged between 25 to 44, the Department of Statistics reports.

25 – 44 is the period where everyone should go out to stamp their mark and carve their legacies on this earth, but sadly, a lot of them ended up bankrupt and financially immobile.

Why? Where did it all go wrong?

Is it the fault of our educational system for not addressing the crucial life skill that are personal finance and money management?

Or is it the fault of our parents for pampering our kids too much that they’re so used to living lavishly and getting everything they desire?

Whoever’s fault it is, the aftermath is very real and is right here in front of us. Everyone has a role to play, and change starts with everyone. 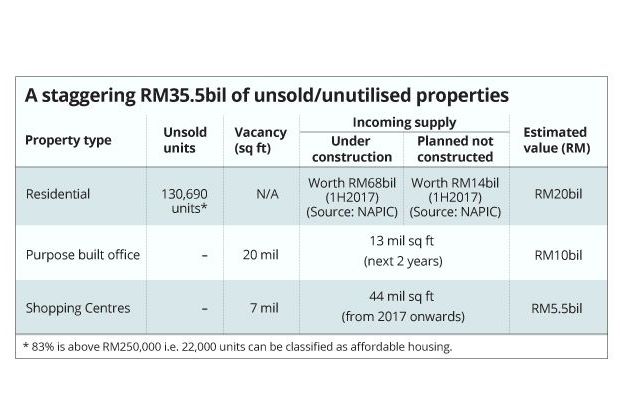 The largest piece of the ‘unsavoury’ property pie is owned by Johor with 27%, followed by Selangor 21%, Kuala Lumpur 14% and Penang 8%, Bank Negara reports.

In the fashion of Pareto’s rule, the main culprit of this epidemic is those units that are price above RM250,000 which accounts to 83% of the figures. Another crucial figure is that almost 90% of the unsold high-rise properties were priced over the RM250,000 mark.

While 2017 has certainly been quite an experience for Malaysians, which has no doubt left us with a better grip going into another 365 days of roller coaster.

Financially as a nation we are quite stable and in a good stead for 2018, but unfortunately our national football team is as how it’s always ever been. Following suit, our local music has also been producing some questionable materials. But overall, Malaysia is like how Malaysia has always been; a melting pot of multicultural, enriching experience for everyone.

So, join DollarsAndSense in welcoming to an awesome 2018.

Can You Really Make Money From MLMs?