Is It Cheaper To Settle An Accident Out Of Your Own Pocket Instead Of Claiming From Your Insurance?

Do you know when to claim and when to settle? 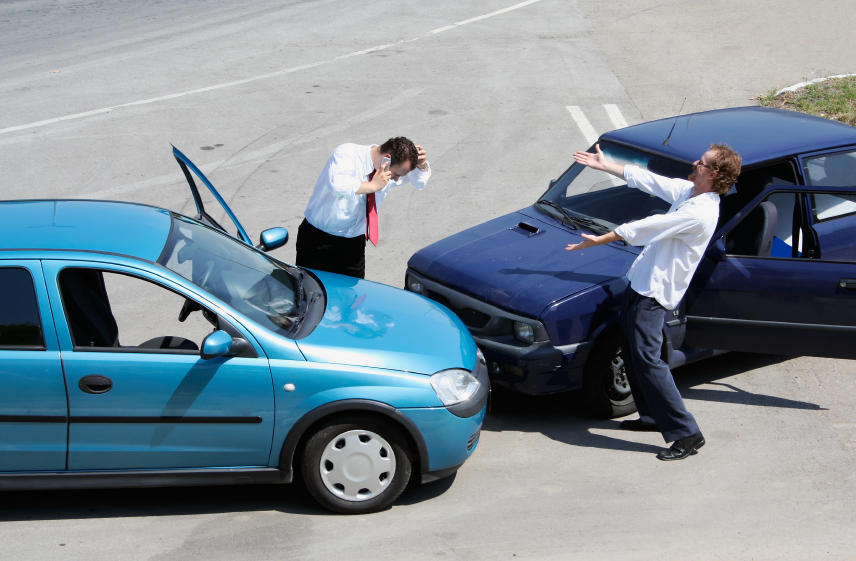 For those of us who have been driving for some time, we’d know that accidents could happen anytime and anywhere, no matter how safe a driver we are.

Regardless of the case, the first thing we should do when we do get into such minor accidents (where no one is hurt and both cars could still move) is to move both our cars to the side of the road (or any safe spot) if possible so as not to endanger our own lives and not to hold up traffic unnecessarily.

Once that is done, it is advisable for us to first assess the situation.

Regardless of whether we would ultimately choose to settle amicably or make a police report, we should always try to take a couple of pictures of the damage on both cars to document the incident in case there is a need for it in the future.

Next, we should then try to exchange personal details with the other driver involved, including our full names, IC numbers, driver’s license numbers, car registration plate number, car year, model, colour, as well as take note of the exact road or venue where the accident occurred.

Then comes the part where we’d usually have to decide on whether we’d like to choose to settle the incident amicably among ourselves or have to make a police report, a task which we’d both have to complete within 24 hours of the accident should we decide to do so.

At this point, it is important for us to note that if we do not make a police report regarding the accident within 24 hours, we could lose all claims or recourse to the accident if we’re the victim. If the other party makes a police report within 24 hours while we fail to do so, we might get into trouble or be assumed to be at fault even if we’re not.

The proper way to do this is to first lodge a police report. The downside to that is that should the police officer find that there is one party at fault, the party at fault would have to pay a summons of RM300 on top of the compensation costs, should the party at fault choose to settle the amount out of their own pocket instead of deciding to claim the amount from their insurance. However, we also understand that most people would actually choose to settle it amicably among themselves without making a police report to save time & money.

The question now is, how do we know when would it be in our best interests to do so and not get shortchanged in the process? The following is a simple guide that could help take us through the decision making process:

Reaching An Agreement On Fault

The first thing we need to ascertain would be whether there is an agreement on fault between the two parties involved.

This is because if both parties can’t come to an agreement on who should be blamed for the accident, both parties would have to make a police report to settle the argument anyway.

To ensure that we are not shortchanged or bullied during this process, we would need to know some basic laws and regulations regarding traffic accidents.

As a general rule, in cases where a vehicle bumps into another vehicle from behind, the vehicle behind is presumed to be at fault even if the vehicle in front braked suddenly.

The duty is on the driver of the vehicle behind to be constantly vigilant, keep a safe distance & stop the vehicle in time.

In cases where the vehicles collide sideways or at an intersection, we have to refer to the rules found in the driver’s rulebook all of us are presumed to have studied thoroughly before we could get our drivers licenses such as the order of cars that should be given priority when exiting an intersection or when changing lanes if there isn’t an obvious person at fault.

Presumably, with today’s technology, we should be able to find the answers we are looking for by performing a simple Google search on our smart phones.

It should be noted, however that there can be instances where both parties can come to an agreement that they should share equal responsibility for the accident, in which case there would still be an agreement.

If any party raises a point of contention, then it is likely that the matter can only be resolved by way of making a police report.

Severity Of The Accident

If an agreement between the parties can be reached with regards to who is to blame for the accident, then we would need to consider the severity of the accident.

The main consideration at this point for the driver at fault (because they would be the one to bear the costs of the repair for both parties should the accident be settled amicably) would be whether the total costs of repairs for both cars would be more than the amount they could save if their NCB or “No Claim Bonus” is not being reset as a result of making a claim from the policy.

This amount would vary depending on the insurance provider, the car of the driver & how much they’d chose to insure their car for.

Typically, the amount a driver could potentially save in insurance charges per year should their NCB not be reset can vary anywhere from a few hundred ringgit (if the car is an old car insured on a depreciated value or if the car’s NCB has just been reset) to a couple of thousand ringgit over a few years (as it would take a few years from the point of reset to get back to a 55% discount on annual premium payable)

To be able to do so, we first need to be able to estimate the costs of repairs to a reasonable degree based on the amount of damage to the two cars involved.

If there is any structural damage to the mainframe of the car such as the axles, metal skeleton or any engine part up to and including the radiator, it can be presumed that the costs of repairs would be far more than any potential savings one can potentially get from not having their NCB reset.

Under such circumstances, it would be better to go ahead and file a police report so that both parties can claim from the insurance of the driver at fault.

However, in the case of most minor accidents of such nature, the damage would usually be purely cosmetic in nature. In which case, the costs of repairs would depend on the extent of damage to the body of the cars.

If the amount of damage to the cars only consist of minor dents or scratches to the bumper or door panels of a car, then the costs for straightening the pieces of metal and repainting them could range from RM200 to RM1000 per car. In this case the total costs would most likely fall below the potential loss of savings in insurance charges should the driver’s NCB be reset; which makes more sense for the driver at fault to pay for the expenses out of his own pocket.

The costs of straightening out dents and repainting parts of the car would largely depend on the position of the dents. If the dents happen to be at harder to reach positions or harder parts of the door such as the outline of the door, the costs of repairs would be higher.

Of course, the costs of repairs would also depend on the brand and value of the cars involved.

If the cars involved includes luxury cars of any type, then settling the accident amicably among yourselves might not be an option at all as a minor scratch on a luxury car could costs a couple of thousand ringgit to fix due to the custom nature of the bodywork and more expensive parts involved.

Read Also: How Much Are You Really Paying When Buying A New Car?

Lastly, we might also want to take into consideration the down time both parties would face should both parties decide lodge a police report & submit a claim to the insurance provider.

Hence, taking this into account, some drivers who are at fault are willing to pay for the repair costs out of their own pockets even though the cost of repairs might be slightly higher than what they would lose by having their NCB reset, all for the freedom to continue to use their cars until they could find a convenient time to have them repaired.

In the event that both parties decide to settle, it might be wise to sign a simple contract on paper once an agreement has been reached just in case one party decides to go back on the agreement.

The Choice Is Yours

Hence, whether or not it would be better to settle an accident amicably among ourselves would really depend on the various factors above and the willingness of both parties.

If any party is unclear on any of the considerations stated above, it might be better to just file a police report separately and let the process take its course.

However, if the accident and damage done is sufficiently minor while both parties can come to an agreement of terms swiftly, both parties could save plenty of time and money by settling the issue amicably among themselves.

Ultimately, the choice will depend on the parties involved at the time.

How To Know If You Have A Good Insurance Agent?
7 Best Ways To Spend Your Duit Raya