What Is A 24-Hour Global Market?

Why some people still trade while you’re fast asleep. 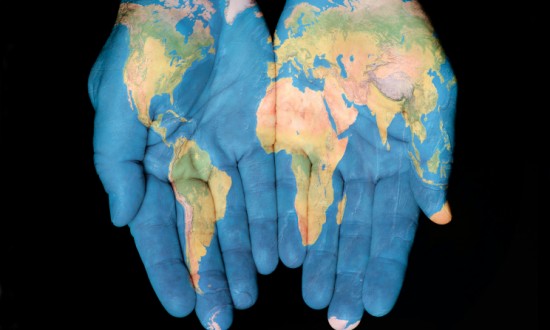 All that is possible because we live in a globalised world today, where everyone is dependent on one another. Together with the advent of the internet, advanced communication tools and an increasingly interconnected world, news spreads across the world in an instant.

Naturally, an incident affecting any one of the world’s major economies would create a ripple effect in other stock markets who happen to be their trading partners.

They are also located in the 3 main regions in the world where over 93% of global stock value is concentrated. They are the United States, Europe and Asia.

Time Zones And The 24 Hour Market

The “24 Hour Market” is real. It is made up of the largest stock markets in the world which so happen to be located in time zones across the world such that each market opens and closes one after the other, creating a 24 hour cycle and a 24 hour market.

When the European markets close, it is then time for the US markets to come online again. You can get a clearer picture of the 24 hour market in this visualised clock here.

With this global system of stock markets in place and the unique time zones that they are situated in, any major incident that happens in any one of the major stock markets would give rise to a domino effect. This effect would spread globally within the 24-hour cycle as news of the incident travels across the world.

For example, when Lehman Brothers filed for bankruptcy and sent the entire US market crashing in 2008; traders in Japan and other parts of Asia were already starting to panic and placing massive sell orders even before their stock exchanges opened for business.

Naturally, when the Asian markets opened, the stock market came crashing down as well due to the massive amount of selling pressure in lieu of uncertain economic conditions.

While the Asian markets came crashing down, traders and investors in Europe were bracing themselves for what would follow when their own stock markets came online.

This phenomenon occurs because investors and major corporations in the world hold interests in each other across different economies and stock markets. Hence, any crisis in any of the major markets would likely affect business and investors’ confidence to some extent, regardless of country.

Furthermore, money does not simply just disappear. It has to move somewhere. When an event happens in a major market, investors could pull out their money and move it to safer markets or safer instruments, crashing the stock market in the process.

Because of the 24-hour global market and how it works, some traders specialise in trading across 2 consecutive markets in one shift. That is so they can pick up on the movements of the previous market and make trades that would benefit from them in the next market that opens.

Understanding how the 24-hour global market works might give you an upper hand as a stock trader. Besides that, you might be able to brace yourself on when your local market would crash by keeping an eye on the major market that opens and closes right before yours does.

How Would DBKL’s 150% Parking Rate Hike Affect Our Monthly Expenses?
14 Things You Can Do For Malaysia With RM2.6 Billion