Uber/GrabCar vs Buying Your Own Car: Which Is Cheaper?

Do you still need your own car? 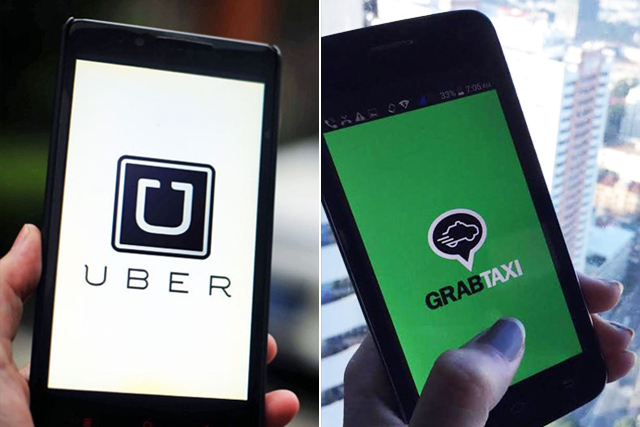 It is hard to not come across an Uber or GrabCar/GrabTaxi ad while scrolling through our Facebook newsfeed nowadays.

It is also hard to not bump into someone who recently tried out the Uber or Grab experience.

The Rise Of The Sharing Economy

With the recent rise of the sharing economy spearheaded by billion dollar tech start-ups like Uber, Grab etc., more and more people are relying on such services regularly. Would it then still make sense for us to own and maintain a car in the future?

Costs Upfront vs Costs Per Trip

In essence, the main difference between owning a car ourselves and relying solely on ride-sharing apps like Uber/Grab lies in when we have to foot the bill.

Owning and maintaining a car requires a higher fixed upfront capital cost in the form of our deposit for purchasing the car, insurance & our monthly loan repayments.

On the other hand, relying solely on ride-sharing apps like Uber/Grab requires little to no upfront capital costs in exchange for much higher operational costs (cost per ride).

While not having to cough up an upfront deposit and taking out a huge loan to finance the purchase of a car surely sounds tempting, the cost per trip for Uber/Grab rides can actually be quite expensive as compared to the cost of driving your own car around.

A trip that could cost RM20 in an Uber ride would probably cost only RM2 in fuel. If there is a need for parking, an additional RM5-10 depending on the duration and location of the parking space.

When The Honeymoon Period Ends

Sure, Uber/Grab are offering plenty of discounts at the moment to win market share and get as many people on board their platform as possible. However, such incentives would probably only last as long as their VC-funded war chests could last them. At some point, they would have to charge a fair rate that would be considerably higher than the cost of making a trip with our own cars.

There are two types of convenience in question here.

Taking a ride on Uber/Grab is more convenient in a sense that it’s like having our own personal chauffeur where we are picked up from a location of our choice and dropped off at our destination without having to worry about parking the car.

We could also utilise the time we would normally spend driving to doing work or simply rest at the back of the car.

For those who value time and productivity and can afford to pay a higher cost per trip, it would probably make more sense for them to rely more on ride-sharing apps rather than driving on their own or hiring a dedicated chauffeur.

However, on the other hand, owning our own car offers us more convenience as we could go anywhere anytime we want in an instant without having to book and wait for our Uber/Grab ride to arrive.

Sure, with the prevalence of Uber/Grab drivers in urban areas nowadays, the wait is likely to not take longer than 15mins. Nevertheless, a 15min wait is still a wait, which would translate into extra costs in the form of surge pricing when the demand for rides is high.

How Frequently Do You Travel?

The frequency at which we travel daily would also determine whether owning our own vehicle or relying on ride-sharing apps would be the better option for us.

For someone who’s in sales or whose job scope requires them to shuttle between multiple meetings and venues a day, relying solely on ride-sharing apps would definitely prove to be much more expensive in the long run. The cumulative premium they would pay in costs per trip would ultimately add up to be more than what they would have to pay in monthly installments plus fuel.

However, for someone who only travels to and from work every day, the costs of relying solely on ride-sharing apps might average out to be almost the same as owning and maintaining a car. It would probably make more sense for them to rely solely on ride-sharing apps since they would also be able to spend more time doing their work at the back of the car rather than concentrating on the road between commutes.

With the advent of even cheaper ride-sharing options such as grab hitch and carpooling services, it might indeed be more worthwhile for them to rely solely on ride-sharing apps entirely.

The Nature Of Your Trips

That being said, in a larger country like Malaysia where there is a mix of urban and rural areas that are only accessible by car, there would still be a need for people to own their own cars if the nature of their travels involves travelling to rural areas regularly.

For people who only commute within the city, this probably would not be an issue, since Uber/Grab are prevalent in the city.

However, the reality is that most city dwellers in Malaysia tend to come from other towns and rural or suburban areas which are only accessible by car. These are places they would have to return to during festive periods such as Chinese New Year or Hari Raya. It would be hard to imagine doing Chinese New Year visiting or “Balik Kampung” trips in Uber or Grab rides, isn’t it?

Furthermore, families would probably also prefer to travel in their own car rather than have a stranger in the car with them. Hence, there would arguably still be a need for people to own and maintain cars in the future.

The advent of driverless and fully autonomous vehicles though, might be a totally different story altogether.

The Cost Of Your Car

Furthermore, for those who have chosen to buy a more affordable used car rather than a new car or have already paid off most of their loan on the car, the higher fixed costs of owning and maintaining their own car would not be that big of concern anymore.

It would probably make more sense for them to continue driving their own cars. They could even become Uber drivers and earn additional income!

Read Also: Should You Buy A Used Car Instead Of A New One?

Nevertheless, it is definitely an exciting time to be in to be able to experience and pick the best combination out of so many options to commute from one place to another.

In the end, whether it would be more worthwhile to own our own vehicle or rely solely on ride-sharing apps would depend on our lifestyle, personal requirements, preference and the various factors mentioned above.

Should Malaysians Worry About The Effects Of Brexit?
9 Things You Need To Know About Wills In Malaysia